An Opera For Your Inner Child and Your Grown-up Self 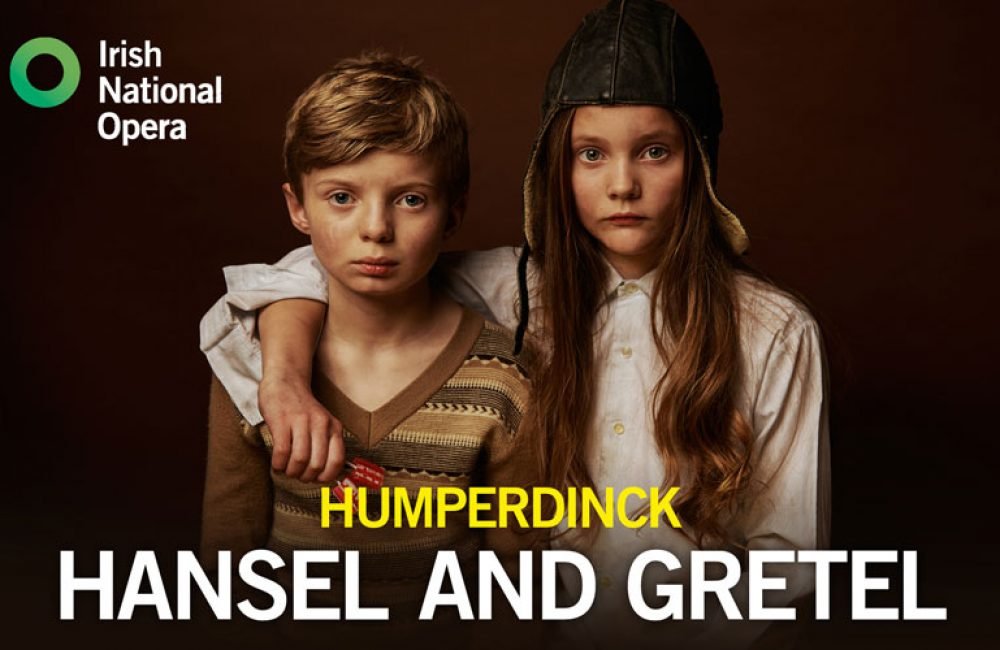 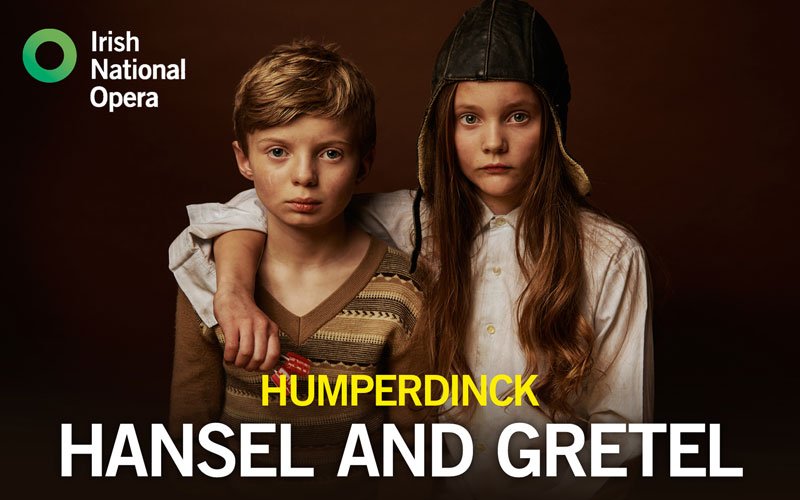 After its opening run at The Abbey Theatre, Dublin, Saturday 8 – Saturday 15 February, 2020, Hansel and Gretel will be performed at An Grianán for one night only on Saturday 7 March – book now.

“Humperdinck’s music conjures just the right type of magic to ensnare us all in his world.” – Muireann Ahern, co-director

Irish National Opera, Theatre Lovett and the Abbey Theatre are collaborating for the first time on an exciting new production of Engelbert Humperdinck’s masterpiece, the compelling three-act opera Hansel and Gretel, reimagined in a mysterious modern setting. One of the greatest operas about children, Humperdinck’s Hansel and Gretel is sweet and beguiling, combining childlike simplicity with heart-aching beauty. Don’t be fooled. This is a story of greed, mouth-wateringly sugar-coated.

This provocative production will be performed in English, with English surtitles, by an Irish cast of six singers and three actors, with an ensemble of seven musicians on stage

After six nights at the Abbey Theatre, this new production of the world’s favourite fairytale opera goes on a nationwide tour to nine theatres around the country.

HANSEL AND GRETEL
Hansel and Gretel, with a libretto by the composer’s sister Adelheid Wette based on the Brothers Grimm’s fairy tale, was an immediate, whirlwind success at its premiere in Weimar in December 1893. A year later it had been produced in 50 theatres in Germany alone, and it quickly made its way to Dublin, where it was produced in August 1895. It’s one of the small number of operas that has an enduring appeal for children as well as adults and INO’s new production will be sung in David Pountney’s English translation.

THEATRE LOVETT
Theatre Lovett has been described by The Irish Times “one of the most imaginative and indispensable companies at work today”. Muireann Ahern, who co-directs the opera with Louis Lovett, says “We are thrilled to be sinking our teeth into Humperdinck’s delicious opera. Our penchant is for stage work that appeals to both adult and child. We are looking forward to working with Irish National Opera for the first time, and bringing our cross-generational approach to this operatic party. We will have a fresh slant on the situation of the poverty-stricken family whose children stray into a beguiling culinary underworld.”

THE ABBEY THEATRE
Graham McLaren and Neil Murray, Directors of the Abbey Theatre add “Collaboration is a key pillar of our programming – joining forces with talented artists and companies on projects that, we feel, say something about the world we live in and hold a mirror up to Irish society. We are proud to partner with Theatre Lovett and Irish National Opera to bring a fresh, new production of this beloved fairytale and fantastic opera to audiences both here at the Abbey in Dublin and across the country.”

IRISH NATIONAL OPERA
INO Artistic Director Fergus Sheil says, “I really love the work of Theatre Lovett. Both Muireann Ahern and Louis Lovett have a cheekiness and irreverence that guarantees fun, but they also have a serious understanding of how to make their work really connect with audiences. And I have always had a soft spot for Engelbert Humperdinck’s best-known opera, which was praised by some of the great figures of his time, including Richard Strauss, who conducted the first performance, and Gustav Mahler, who conducted it the following year. Hansel and Gretel seemed to me like a perfect vehicle for Muireann and Louis to begin their first operatic exploration.

“We are excited to bring an INO production to the stage of our national theatre for the first time, and with the nationwide tour, the production will have the longest run of any Irish National Opera production to date.”

IRISH CAST
Mezzo-soprano Raphaela Mangan, who sings Hansel, says, “A children’s story told through opera, what’s not to love?” And she describes the role of Hansel as “one of my favourite roles to sing.” Soprano Amy Ní Fhearraigh, the production’s Gretel, says “It’s the perfect opera for audiences young and old with its combination of lush but approachable and playful music. And of course, it’s a fairytale story that everyone knows and loves.”

The all-Irish cast also includes Miriam Murphy, who makes her INO stage debut as Mother. Ben McAteer, whose INO debut as the Count in Mozart’s The Marriage of Figaro was described by Opera Journal as “perfectly measured for technique and character,” sings Father. Cork soprano Emma Nash, praised by the Sunday Independent for her “powerfully soaring Amore” in Gluck’s Orfeo ed Euridice for INO, sings the Dew Fairy and Sandman. Carrickfergus mezzo-soprano Carolyn Dobbin makes her INO debut as the Witch.

Performance date: Sat 7 March at 8pm. Tickets are €30/€27 with special discounts for families and under 18s. Find out more here.