Looking ahead to 2021 with Little John Nee 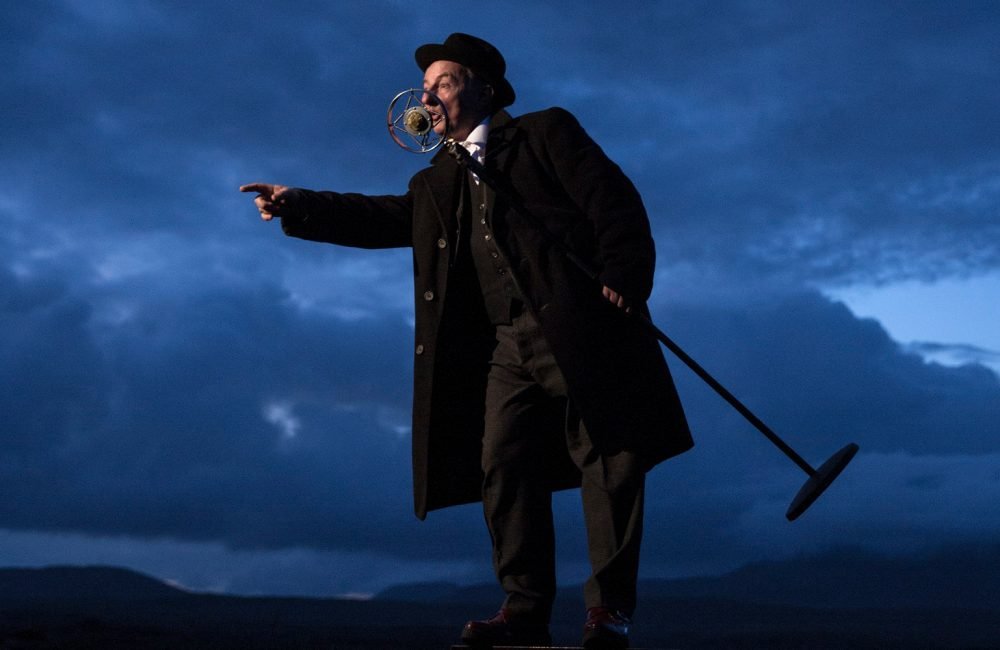 “If you’d  told me last year that I wouldn’t be allowed to travel more than two kilometres from home and that even sitting in a nice room with good people might be dangerous I would have smiled and felt sorry for you.”

In the new year we welcome back Little John Nee who will be joining us a theatre artist in residency in a new project supported by the Arts Council. The residency is a partnership between An Grianán, Town Hall Theatre Galway, Galway Co. Arts Office, Donegal Arts Service and Árus Éanna Arts Centre Inis Oírr Island, Galway. 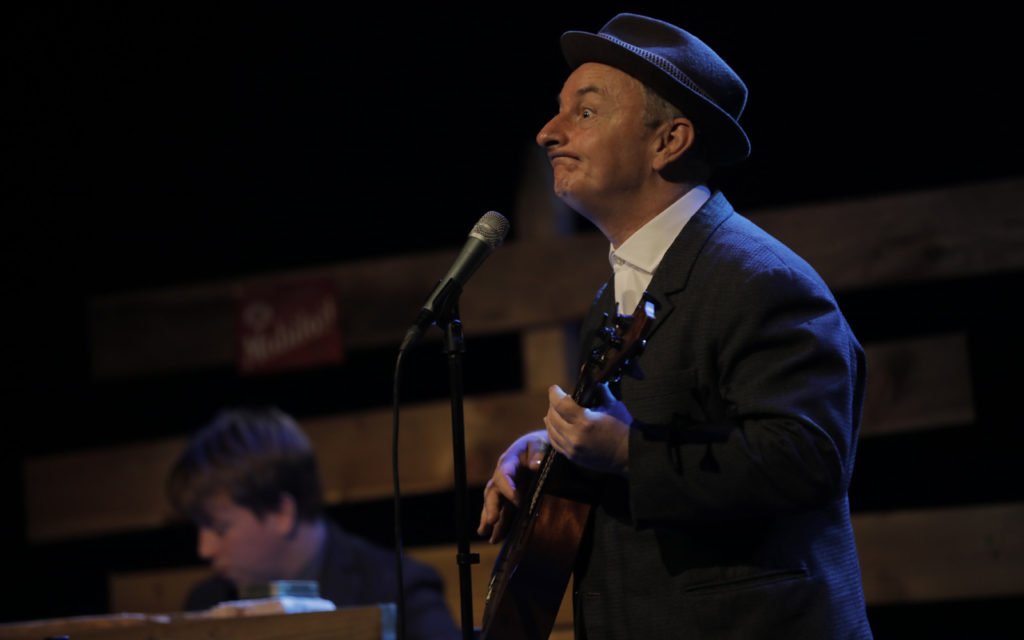 I had no notion this time last year that all my upcoming plans, hopes and dreams would evaporate so fast. Things seldom go exactly as planned, I make allowances for that, but I hadn’t pencilled in the possibility that all the theatres would close or that live performance would almost exclusively occur online. If you’d told me last year that I wouldn’t be allowed to travel more than two kilometres from home and that even sitting in a nice room with good people might be dangerous I would have smiled and felt sorry for you. All I know how to do is make shows. That’s nearly my solution to everything. So I just kept going, working in my garage/studio. I was lucky, preparedness meets opportunity, and thanks to support from An Grianán I got to tour as part of Earagail Arts Festival, performing “Tilt of the Sky” for small socially distanced audiences outdoors. Arriving in mostly wee towns and villages, the time of the show not advertised so as to avoid large crowds gathering. That last sentence needs to be followed by a string of emojis. I am so glad and grateful I got to do it, it was magical, setting up, telling the story and singing the songs with those tentative audiences at the mercy of the summer weather. And my leopardskin brothel creepers caused a stir in Raphoe before the show even started. 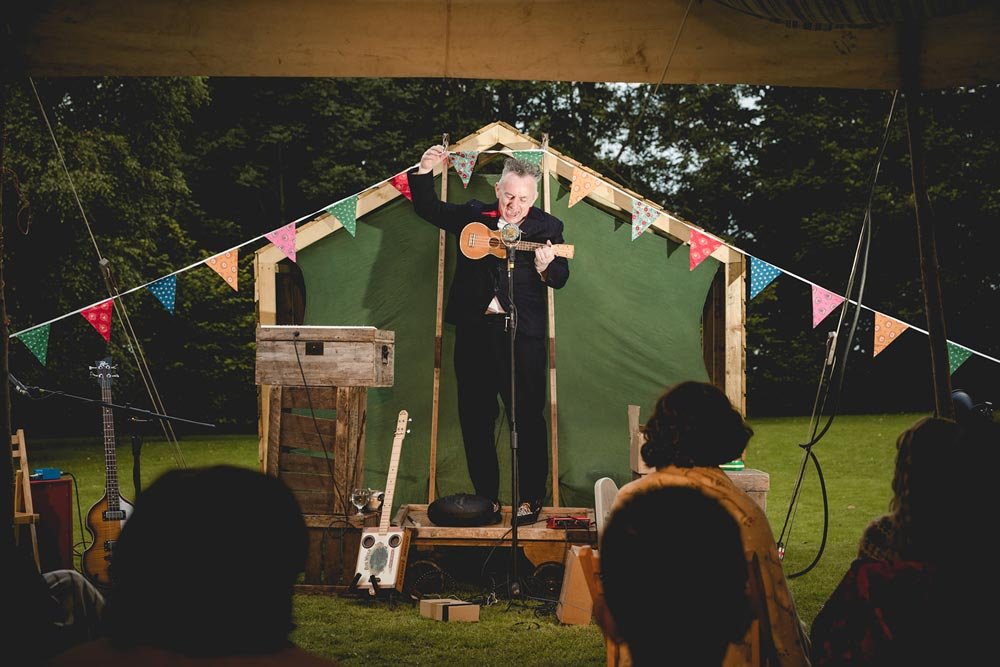 “it feels like we’ve arrived in the right place at the right time, more aware than ever that adaptability is at the core of creativity.”

We began talking about this 2021 residency in 2019, we had no idea how dramatically things were about to change but strangely it feels like we’ve arrived in the right place at the right time, more aware than ever that adaptability is at the core of creativity.

I think we’re all different people now but the heart of the residency remains the same. I was part inspired by the legendary Johnny Doherty, Donegal’s beloved Traveller fiddle player. Nowadays we pride ourselves on our sophistication yet I often marvel at the sophistication of the artists who travelled this country for centuries, or those that stayed put in the one place but brought their neighbours on extravagant journeys of the imagination nevertheless. There was an emotional intelligence at play in the exchange between performer and audience that we seldom see now, a unique transmission of complex ideas and a world of information.

So as part of the residency I’d like to celebrate people coming together to tell stories, “in the one place”, connecting us not dividing us. It’s my belief that art makes us feel more like ourselves. I have a notion of including a sort of encyclopaedia of local artists that have made an impression but are in danger of being forgotten, likely they never considered themselves artists. I have no notion the best way to go about that yet, maybe online, possibly on audio or possibly we’ll meet in a car park late at night and you’ll surreptitiously pass me a scrap of paper with a name on it. I think it would be good also to look at how come there came to be a festival of world music and culture in Letterkenny way way before it was fashionable. Did Peter Gabriel pass through town during the International Folk festival in 1976 and get the idea for WOMAD? Did he rob our idea? 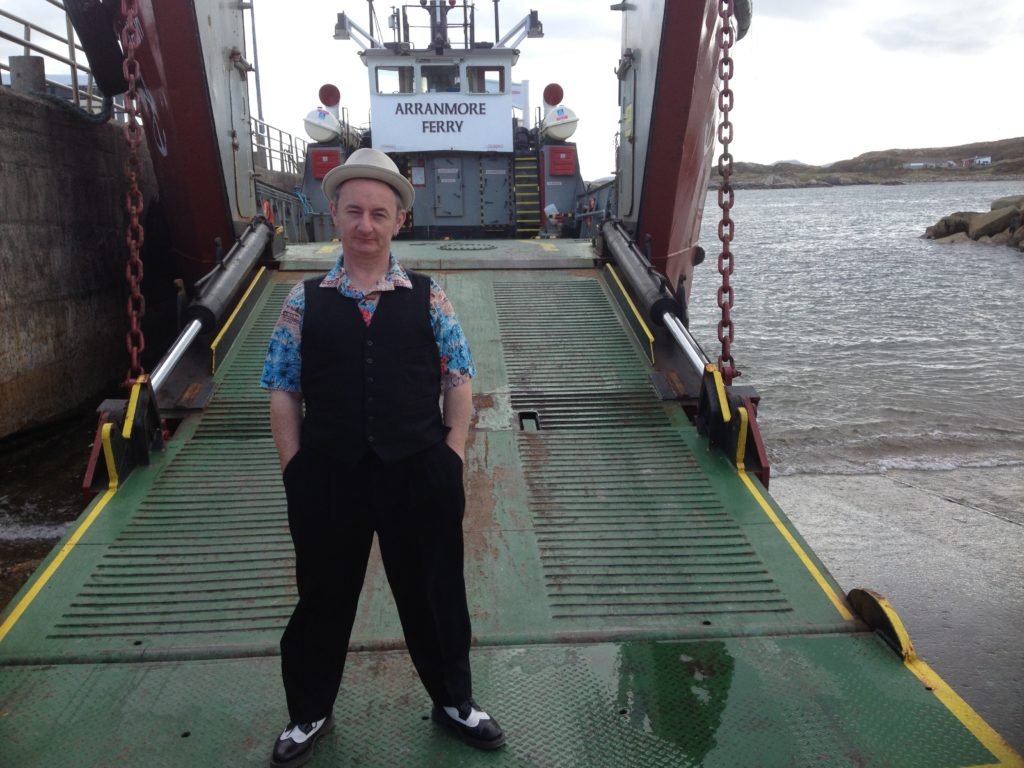 In this short blog it’s not practical to cover all the ideas or projects we hope to realise. It is a hope to have “In the one place” performances on the islands of Arranmore, Inisheer and Inishboffin Co. Galway and if the good islanders are willing we might add Inishboffin in Donegal to the list.

Half of the residency takes place in County Galway and at the Town Hall Theatre in Galway City and there will be similar events there on themes specific to the localities.

So there are plenty of details to follow, but I’d like to finish here by telling you there will be two new theatre production one in April and one in Autumn/Early winter. The first is a collaboration with the brilliant Laura Sheeran, “Drone Bone Jetty” A filmic/live performance hybrid set in a dystopian future where travel is limited, the climate is in peril but at least the pubs are open. The working title of the second show is “All the Small Ocean” and is a galivanting post pandemic spin from Donegal to Kerry hugging the Atlantic coast all the way like a teddy bear.

SUPPORT US
PrevPreviousLeader Funding: Community Touring Equipment Pack
NextCllr. Gerry McMonagle is the new Chairperson of An Grianán Theatre’s Board of DirectorsNext