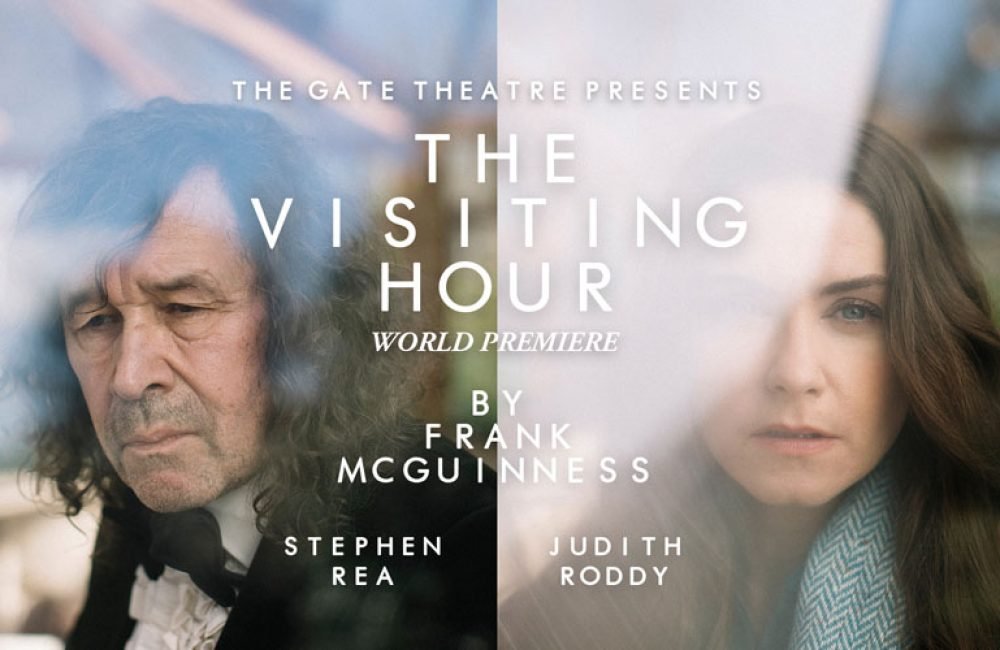 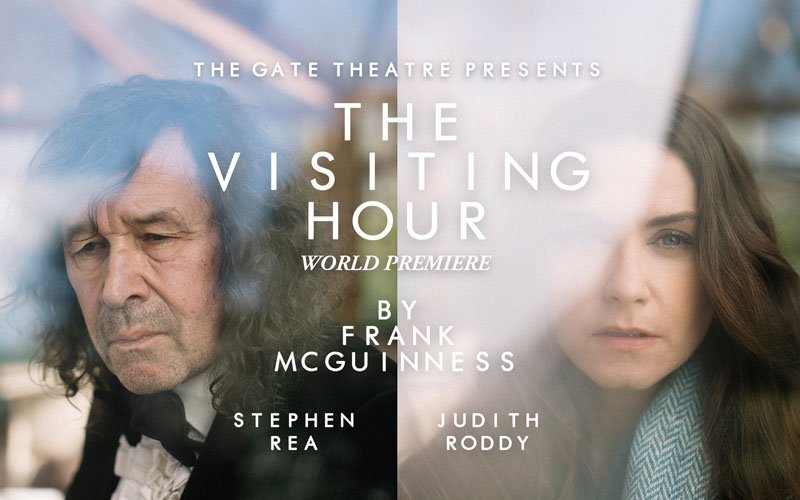 An Grianán and our partner venues in the Nasc Network are delighted to co-present the world premiere of acclaimed Donegal playwright’s new play with the Gate Theatre.

In the first online Gate At Home production, a new play by Frank McGuinness will have its world premiere streamed from the Gate auditorium next month.

This moving new play about an Irish father (Stephen Rea) and daughter (Judith Roddy) at visiting hour in a nursing home during the pandemic, will be performed and recorded in the Gate auditorium, and streamed to audiences on April 22nd, 23rd and 24th at 7.30pm.

The play quietly observes a daughter visiting her elderly father in his nursing home. His mind is beginning to wander, but conversations about the past can be dangerous, and family memories can look very different, depending on who is telling the story.

Gate At Home is a new artistic initiative of bespoke productions streamed from the Gate Creative Studio re-creating a unique and distinctive performance experience viewable from home.

Patricia McBride, director of An Grianán, “We are delighted to team up with the Gate Theatre to bring our audiences this new play by Frank McGuinness, directed by Caitriona McLaughlin and starring Stephen Rea and Judith Roddy. We are really pleased and proud to celebrate our Donegal connections with the outstanding creative team on this project. Caitriona McLaughlin from Inishowen is an esteemed director and Artistic Director designate of our National Theatre. Frank McGuinness, also from Inishowen is a distinguished, internationally lauded writer and is simply a national treasure. Renowned actors Judith Roddy and Stephen Rea have graced the stage of An Grianán Theatre on many occasions and we are delighted to have them back in this virtual tour.”

“I am thrilled to bring this dynamic creative team together for our first Gate At Home production,” said Selina Cartmell, Gate Director. “The Gate team have worked so hard to make this production happen, despite the ongoing financial challenges of the pandemic. With the welcome government investment of our vital Arts Council funding, last month we were able to announce the Gate Creative Studio, the Gate Masterclasses, and a series of commissions for Irish writers and theatre companies. Now we are especially grateful to bring theatre production back to the Gate in 2021.”

Frank McGuinness’s extraordinary plays have been produced around the world to critical acclaim, including The Factory Girls, Observe the Sons of Ulster Marching Towards the Somme, Someone Who’ll Watch Over Me and Dolly West’s Kitchen. His adaptations for theatre form an exceptional body of work with translations of the plays of Racine, Sophocles, Ibsen, Lorca and Strindberg. Productions of his plays at the Gate include Innocence (1986) and The Bread Man (1990). Adaptions include Peer Gynt by Henrik Ibsen (1988), Three Sisters by Anton Chekhov (1990) and The Threepenny Opera by Bertold Brecht (1991).

His play Gates of Gold (2002), commissioned by the Gate, was a work of fiction inspired by the lives of Gate founders Hilton Edwards and Michael MacLiammoir. It offered a fascinating glimpse into a unique partnership, two lives devoted to each other, and to the theatre they founded.