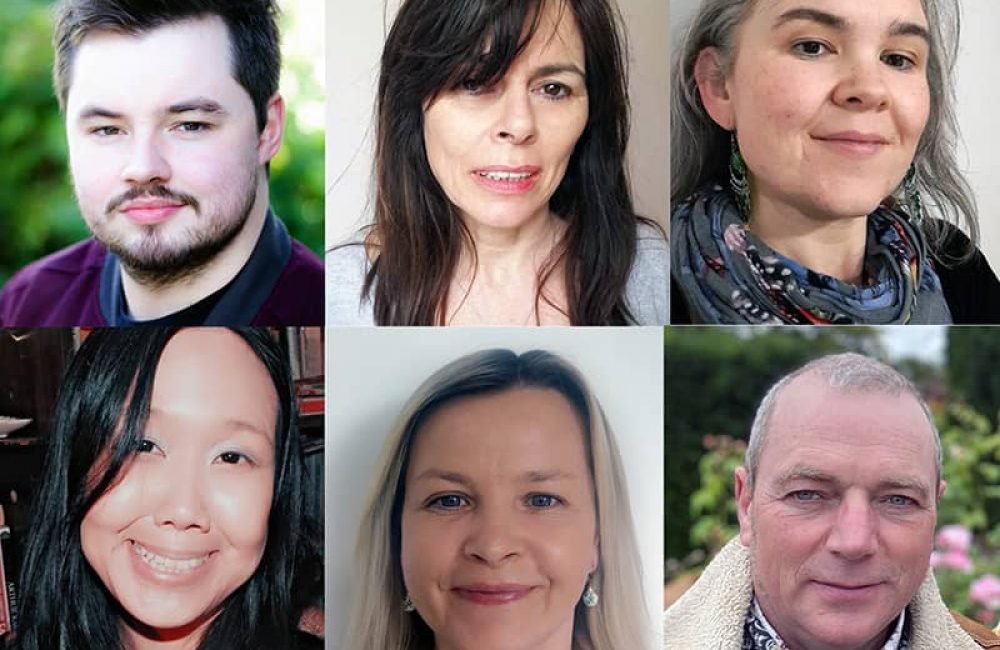 Little Acorns
An Grianán Theatre have announced the 6 writers from the North West whose Short Play Scripts will be filmed for broadcast on An Grianán’s Social Media channels. They come from Convoy, Newtowncunningham, Falcarragh, Carrigart, Muff and Greencastle in County Tyrone, and are Seamus McDermott, Andrew Tinney, Eve Li, Peggie Caldwell, Anne Gallagher and Michelle Dennehy.
51 scripts were submitted in total. ‘It was fantastic to see the response we got to the call out’ said An Grianán’s Marketing Manager Daithí Ramsay, ‘and the quality of the plays blew us away. We had a really hard time whittling it down to the final selection, in the end we decided to do six instead of five, which means more work for us but they were too good to pass up! The ones we chose were the ones that really hit the criteria, there were others we thought were great too, but they presented more challenges for us to film them, considering the restrictions we are currently working under What’s been fantastic about both this call out, and the Let’s Make Some Noise one at the end of last year, and the recent Young Curators one, is we’ve engaged with so many talented people in the North West, many of whom we haven’t engaged with before. There’s an absolute wealth of talent out there, and it’s so great to be able to work with these people and to help them along to the next step in their artistic journey.
Seamus McDermott
Seamus lives in Convoy. This is Seamus’ first play. At school Seamus struggled with writing, reading and spelling. This resulted in a lack of confidence in his creative ability. Two years ago at the age of fifty-two Seamus completed a part-time creative writing course facilitated by Avril Meehan in Lifford Court House. It was here he discovered a passion for writing. Seamus’ main interest is in poetry and he has been shortlisted in the Allingham Arts Poetry Competition 2020, published in Little Gems magazine’s Spring and Winter editions, Pendemic (online), Stories From The Waterside (online), and had a video-poem selected for screening at Reel Poetry / Houston Texas 2021 Film Festival.
Peggie Caldwell
Peggie grew up in Carrigart, Co. Donegal. She currently lives and works in Dublin, but Donegal will always be home. She has been writing drama and poetry for a number of years. She says that people and places influence her greatly because we are all connected through our shared experiences and we can learn a lot from the ordinary, everyday moments in the lives of others, as well as our own.
Andrew Tinney
Andrew Tinney is an actor and writer originally from Newtowncunningham who now lives in Strabane and is very well known on the Drama scene in the North West. He has penned numerous short plays, as well as the 3-act tragedy Silence, which premiered in 2018. He is also the creator and director of Bard Theatre. He holds an MA in Creative Writing and a BA Hons in Drama. His novels currently include Shadow Rises and Shadow Falls from the Thousand Paths Series, as well as A Ballad of Faith and Blood from the Immortal Bard Chronicles.
Eve Li
Originally from London, Eve now lives in Falcarragh and is a member of the Donegal Intercultural Platform and the Pobail le Cheile committee. Her interests are writing and using theatre to bring awareness to social issues such as human right violations, racism, homelessness and mental health. She has recently completed a Community Development course with Maynooth University and has provided voluntary assistance to asylum seekers in Donegal and around Ireland.
Anne Gallagher
Anne is an actor and theatre-maker with over 20 years experience originally from Muff and now based in Bridgend. She first performed on the An Grianán stage in the 2007 production of The O’Neill and most recently in 2016’s Waving Not Drowning, both as an actor and contributing writer.  She is one half of Mockingbird Theatre Group and has kept herself busy in lockdown making short films and sharing them online.
Michelle Dennehy
Michelle lives in the Sperrin mountains in County Tyrone, and is a passionate environmentalist. She studied English at Oxford University, and holds a Masters degree in Novel Writing from Manchester Metropolitan University. Her plays have been performed by theatre groups on both sides of the border, and her poetry has been published in Irish and U.K. journals.

This was the call out :

We have an idea.

Applicants should be over 18 and from the North West.

If chosen you’ll be given a budget of €1000 to create your play. It should have a maximum cast of 4, and a minimum of 2. An Grianán will provide the space and the team to record and edit it, if done in the theatre, adhering to the strictest coronavirus regulations and taking all possible health and safety steps.

The set and lighting design should be very simple, the actors will have to stay at least 2 metres apart, and come from within the permitted travel area under the regulations. Props should be kept to a minimum too.

The plays can be in any language, or indeed in a dialect. There’ll be up to five chosen for recording, hopefully, in March or April, and you can submit your script anytime from now on.

Send your script and a little bit about you to this address.

We’ll put a deadline of the end of February on, but if you miss the deadline we understand and will still consider your idea, we’re here to receive and work with good ideas not to exclude them.

We are particularly interested in receiving submissions from people we’ve never worked with before, of any age, any race or ethnicity, and any gender.

We’re also interested in hearing from people we have worked with before.

Please note: Our stage and backstage area are fully accessible to wheelchair users.

Some helpful hints for your script: