An Grianán Theatre to produce Brian Friel’s The Enemy Within 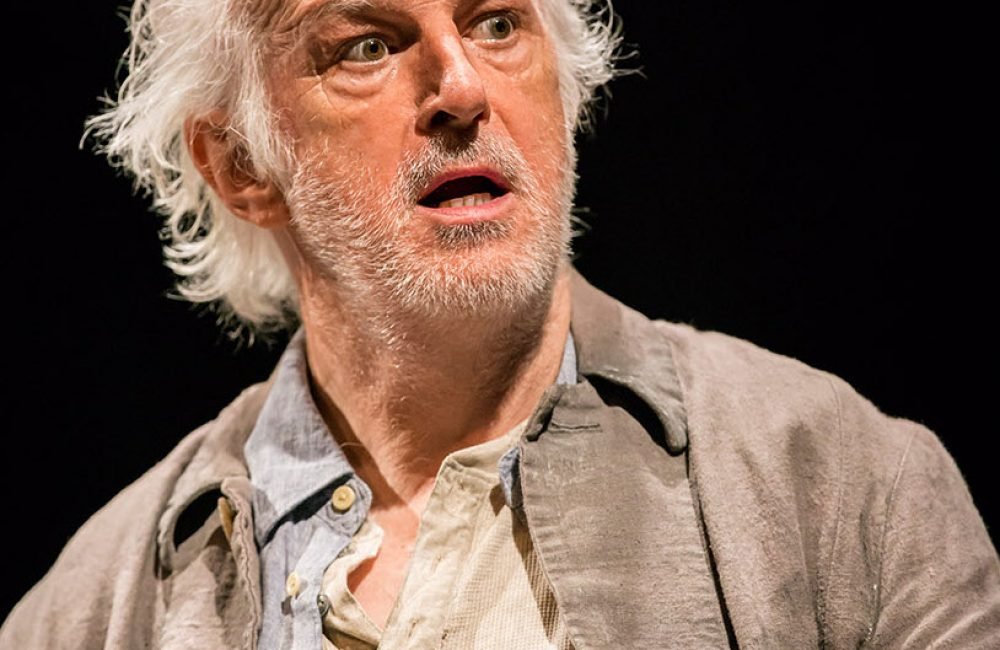 The monastery at Iona, the setting of The Enemy Within

An Grianán Theatre embarks on its most ambitious production to date later this year, with Caitríona McLaughlin, the newly announced Artistic Director of the Abbey Theatre, directing a new version of Brian Friel’s The Enemy Within, and Sean McGinley the talented and popular actor originally from Ballyshannon, signed up to star in it.

This production is one of the signature events in the Colmcille 1500 commemorative year. 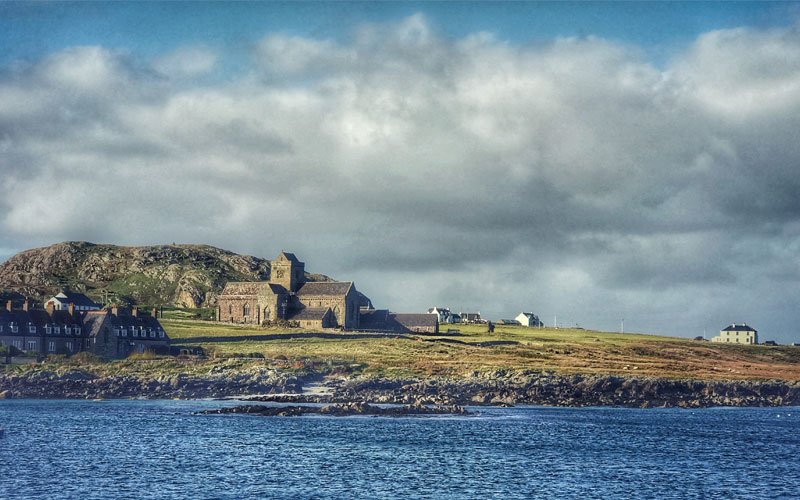 The Enemy Within is a major early work by Friel and examines a period in the life of Colmcille as a mature man, having worked in his ministry for many years and settled in his monastery in Iona yet still subject to the demands of his turbulent family clan in Donegal.

Rehearsals are planned to take place in Letterkenny throughout October and November, with live performances in An Grianán Theatre in mid November. The show will also be recorded and made available to other venues as a digital production.

This will be the first time that Caitriona McLaughlin has directed a Brian Friel play: “I think this is a beautiful play and as a Donegal woman, I am thrilled at the prospect of getting to direct my first Brian Friel play at home, in Donegal. It feels very special and important both personally and thematically. The themes of exile are all too familiar, just now, and the notion of battling conflicting thoughts, impulses or loyalties is a large part of the human condition, and particularly in Ireland. This forced time of reflection through Covid has had an impact on all of us and this opportunity for an exploration of that part of the human psyche feels timely and valuable right now. Plus of course we get to do this production as part of a Country wide celebration of St. Columba and 1500 years since his birth. A singular figure who has the kind of passion, drive and commitment we see today in the tenacity of our artists and sports heroes.”

Actor Sean McGinley, whose c.v. boasts roles in such films as The General, Braveheart, The Butcher Boy, and Gangs of New York, as well as prominent roles in Roddy Doyle’s TV Series The Family, and The Republic of Doyle, will star in An Grianán Theatre’s Production of Brian Friel’s The Enemy Within this November. Originally from Ballyshannon, McGinley started acting with the fledgling Druid company in Galway, while a student there in the late 1970s. It started him on a career that has taken him all over the world, on film and on stage. He was last seen on An Grianán’s stage in The Abbey production of Observe The Sons of Ulster in 2016. 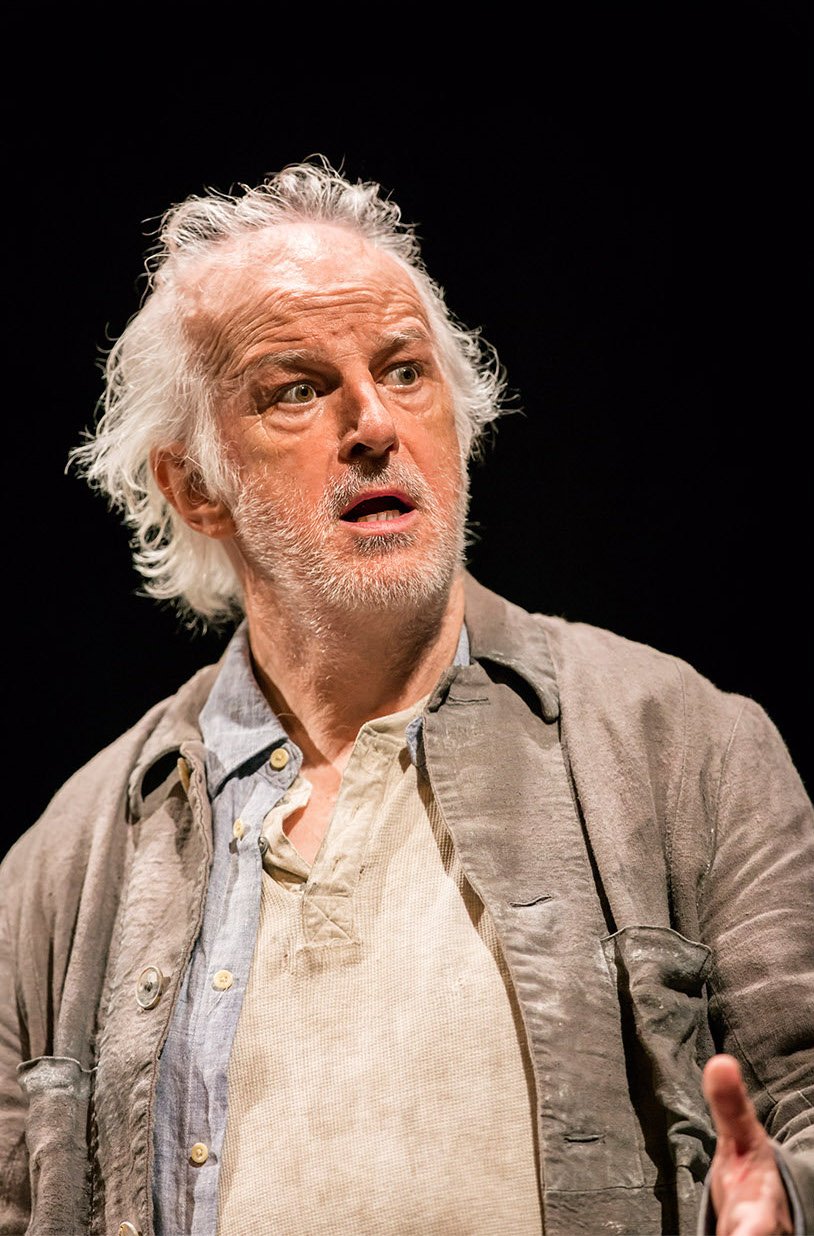 Brian Friel was one of Ireland’s greatest ever playwrights. Born in Omagh and educated at St Columb’s College, Derry, and St Patrick’s College, Maynooth, where he studied for a career in the priesthood. Instead of going into the church he followed his father’s example into teaching, working at schools in and around Derry in the 1950s. In 1967 he moved to Donegal, where he lived, with his wife Anne, until his passing in October 2015.

His first stage success was in 1964 with Philadelphia, Here I Come! and his plays since then include The Freedom of the City (1973), Volunteers (1975), Translations (1980) Dancing at Lughnasa (1990) and Molly Sweeney (1994). Translations was also the first production for the important and influential Field Day theatre company, which Friel founded with the actor Stephen Rea.

An Grianán and Friel

An Grianán has a long history of producing Brian Friel’s work, the first An Grianán production was his play Translations, in 1999. Since then they have continued to produce many of his other plays over the years including major productions of Dancing at Lughnasa, Making History as part of the Flight of the Earls Commemorations, and The Home Place to celebrate his 80th birthday.

Caitríona McLaughlin is the newly appointed Artistic Director of the Abbey Theatre. Originally from Inishowen in County Donegal, Caitriona studied science at the University of Ulster before moving into theatre. Since 2017 she has been Associate Director at the Abbey Theatre, where her productions include: The Great Hunger by Patrick Kavanagh (with Conall Morrison); Citysong by Dylan Coburn Gray (ITTA nomination Best New Play); On Raftery’s Hill by Marina Carr, (for which she won Best Director at the 2019 ITTA); and Two Pints by Roddy Doyle, which toured widely in Ireland and the USA, and which she brought home to Simpson’s Bar in Carndonagh. She has also worked with theatre and opera companies on both sides of the border, including Wexford Opera, Hot for Theatre, INO, The Local Group, and Landmark, and she was the director on O’Casey in the Estate, a TV documentary shown on RTE.

1500 years ago, one of Ireland’s most famous sons was born in Gartan, Co. Donegal. With strong roots in the North West of Ireland, Colmcille (or St. Columba) went on to blaze a trail of cultural and social change around the world. He became one of Ireland’s three patron saints, the patron saint of Derry and his influence extends to this day.

Donegal County Council and Derry City & Strabane District Council have come together, with support from the North West Development Fund, to commemorate Colmcille’s remarkable life and legacy with a series of events and activities throughout the coming year.

Funding for this show comes from the Arts Council of Ireland, Creative Ireland, Donegal County Council and Department of Tourism, Culture, Arts, Gaeltacht, Sport and Media.