Bespoke gowns from the 50s, 60s and 70s, which belonged to legendary Donegal singer Bridie Gallagher, have found a home in Letterkenny’s An Grianán Theatre.

These magnificent dresses have travelled the world, from the London Palladium and Royal Albert Hall to New York’s Lincoln Centre and the Sydney Opera House – now they’ve returned to Gallagher’s home county, courtesy of a donation from her family, and are available to rent.

There are just over 70 items in the theatre, mostly stage gowns which go from 1950’s style ballet length with corset shaped tops and spaghetti straps to 1970’s cabaret glamour with longer lengths and sleeves that would put Gandalf in the ha-penny place (raised Liberace-esque collars too!). Resplendent in net and chiffon and brocade and a fair share of polyester, the original entire collection of over 100 gowns has been valued at more than 70,000 pounds.

Bridget “Bridie” Gallagher (7 September 1924 – 9 January 2012) was an Irish singer, affectionately known as “The Girl from Donegal”. Over a 50 year career she sang at sell-out concerts internationally and is credited with bringing glamour to show business in 1950s Ireland giving new life to forgotten Irish ballads and selling millions of records.

At that time singers in concerts stood at centre stage where the main microphone stand was situated. In terms of dress, men wore dress suits and women usually plain black or pale coloured long dresses.

Seeing Judy Garland in concert at the Theatre Royal in Dublin in July 1951 was transformative for Bridie.

First and foremost, Judy used a hand-held microphone (not a common feature at the time) and constantly roved about the stage focusing on different parts of the audience as she moved. She made dramatic hand movements and, most importantly, she made several dress changes during her performance, changing colours and styles. It was a very dynamic and colourful performance visually, and Bridie determined there and then that’s how she would perform thereafter.

Gradually she developed her stage craft in terms of movement and dress taking ideas from many other performers, but especially Doris Day whose style she tried to emulate.

During the 50’s and 60’s she bought all her dresses in London or New York. During the 70’s and beyond she started having her dresses made for her by a local dressmaker, Maria Trainor, who was originally from Italy. Bridie would show her magazine photos of designs and they jointly adapted these ideas to create her own unique gowns. At all times Bridie made sure that the design enabled a quick change, a light material that would not be too warm and which had some degree of sparkle that would look spectacular under the theatrical lights.

All the short dresses are what Bridie wore when performing at dances. She felt the longer fuller gowns were more appropriate to theatres and a number of the green/gold floor length dresses were her favourites when performing in cabaret.

Most recently the singer Sinead Black can be seen wearing one of Bridie’s gowns in the video for her single, ‘A Wee Sprig of Green’.

This collection is now available to peruse on Instagram or upon appointment with An Grianán Theatre and we look forward to seeing what new ideas will keep these special items alive. 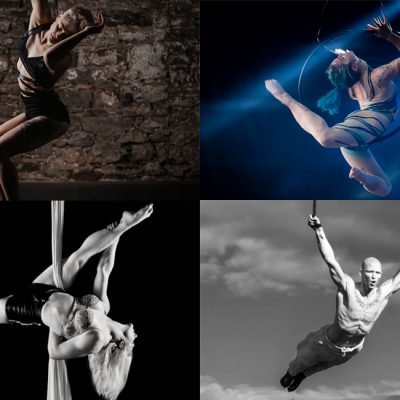 Irish Aerial Dance Fest is back! 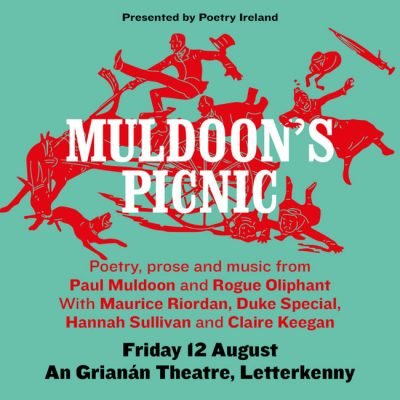 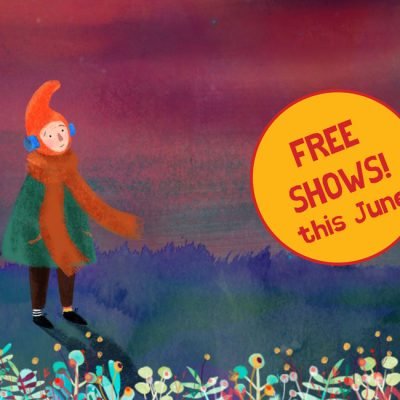