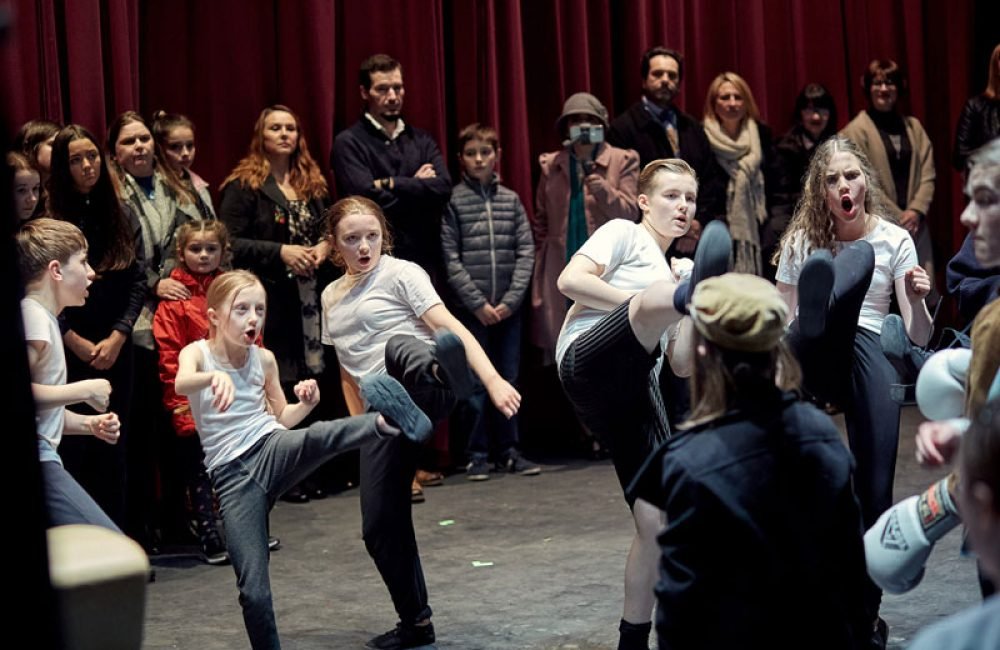 An immersive version of Alan Parker’s classic musical performed by a cast of young actors from ages 12 to 18.

This was no ordinary production of Bugsy Malone as it was performed as an immersive, interactive production utlising almost every area of the theatre as a performing space. The stage became a speakeasy, then a boxing ring and back to a speakeasy, the foyers were the scenes of showdowns between Dandy Dan and Fat Sam, the car park a murder scene, the stage dock the secret entrance to Fat Sam’s speakeasy. The audience of 80 were led by the cast through areas of the theatre the public seldom see as scenes were performed simultaneously around the building – they were interrogated by detectives, became co-conspirators in the shady dealings of crime bosses, took part in auditions, were entertained by Fat Sam’s Grand Slam’s dancers and singers, and of course everyone got splurged at the end.

SUPPORT US
PrevPreviousShaking the Tale: The Winter’s Tale, 2019
NextMonologues, An Grianán Youth Theatre, 2021Next