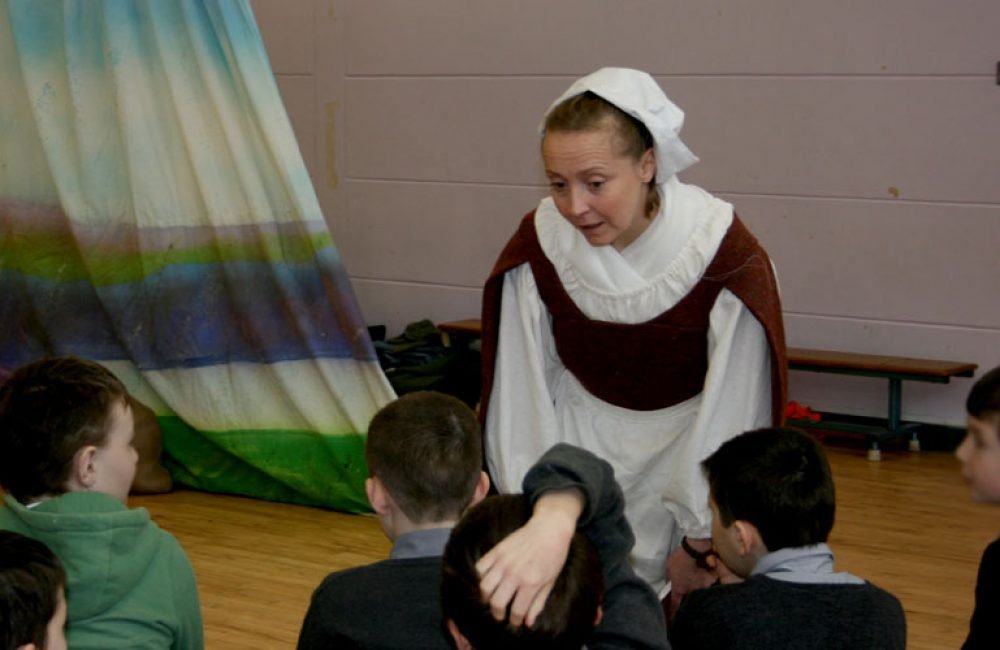 Written and directed by Kieran Kelly

Ever wondered why Letterkenny has a Glencar Scotch and a Glencar Irish? Or why there’s a Castle Street but no castle? And we bet you’ll be surprised when you find out just how old ‘Old Town’ really is!

Echoes of Time offered a bite sized guide to the origins of Letterkenny.

In just 30 minutes Danny the Townie and his ancestors give you an overview of what effect the Ulster Plantation had on the development of the town and how its influence continues to this day in our accents and place names. Each performance was followed by an optional question and answer session. The show was recommended for family audiences and anyone interested in the history of Letterkenny.

Written and directed by Kieran Kelly, The Echoes of Time was a Living History schools project supported by PEACE III Programme managed for the Special EU Programmes Body by Donegal County Council.

The project was developed to commemorate the 400th anniversary of Letterkenny in 2011.

In addition to the play a cd recording of the famous song Letterkenny Town was produced as well as an educational booklet giving an overview of the impact that the Ulster Plantation had in forming Letterkenny and how traces of that history can still be found in present day Letterkenny such as in place names and even accents.