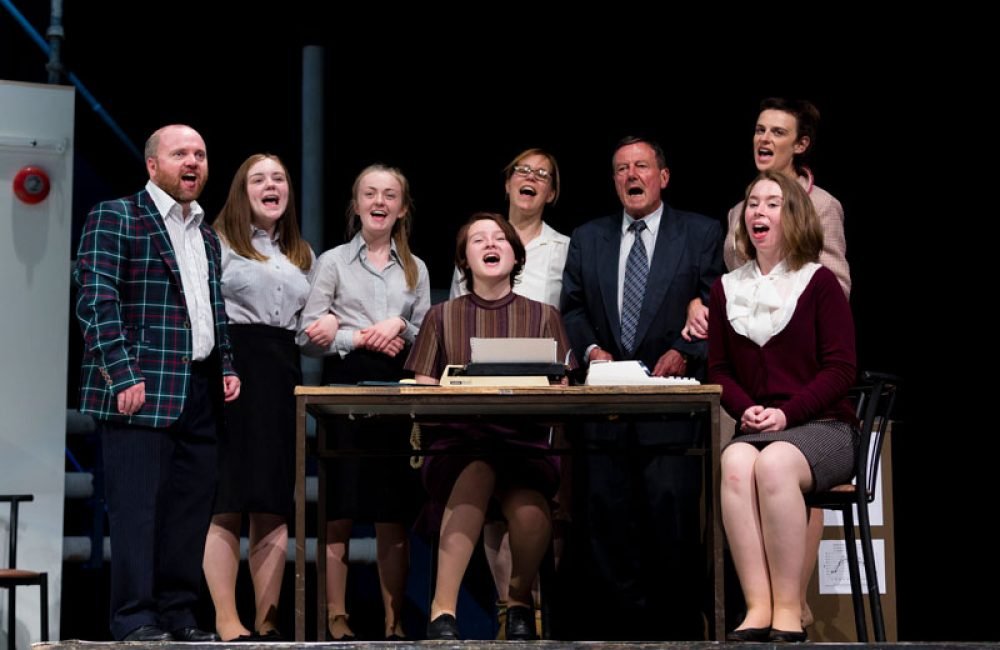 Before Pramerica, Boston Scientific and Zeus came to Donegal there was Unifi, part of the North West’s large textile industry that encompassed Fruit of the Loom in Buncrana and Adria and O’Neills in Strabane.

A million, million miles of yarn and thousands of people passed through the doors of Courtaulds Lirrelle and Unifi. For over thirty years it was a major employer in the North West in a time of rapid social change; every department a tribe and every shift a personality.

Unified takes all those personal stories and wraps them up in one big rip-roaring musical extravaganza.

As well as a large cast and chorus, Unified features country and western tunes, 1930s flappers, hip-hop and blues, movement and mime, puppets and polyester.

Writer Guy Le Jeune is Theatre-Artist-in-Residence at An Grianán Theatre, supported by the Donegal County Council and the Arts Council. His previous plays at An Grianán include On The Camel’s Hump, Fiesta and I Would Walk These Fields Again.

Unified is An Grianán Theatre production in association with the Earagail Arts Festival, and supported by the Donegal County Council and the Arts Council.