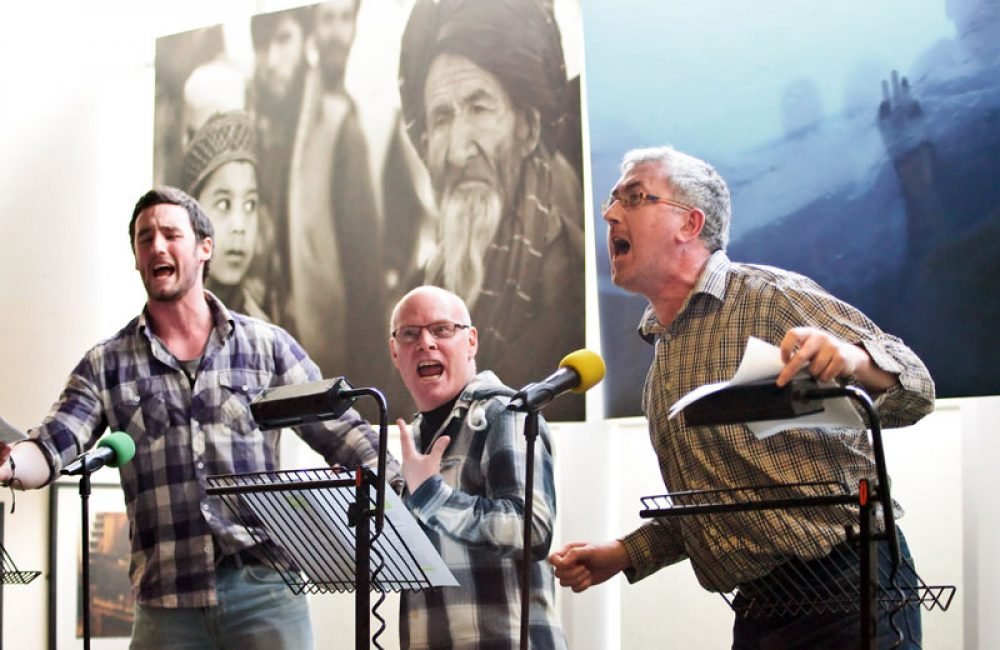 Customs’ Crossings was a project part-financed by the European Union’s European Regional Development Fund through the EU Programme for Peace and Reconciliation managed for the Special EU Programmes Body by Donegal County Council.

It consisted of six separate sub-projects that were both process and performance based and aimed individuals of all ages and circumstances and community organisations.

The project’s title harked back to times when crossing the border necessitated passing through Customs, Garda, Police and Army checkpoints; for this project it described the interchange of customs and traditions between communities and across the border, leading to a greater understanding of what connects us.

The aim of the project was to focus on the things that unite us as people; to celebrate that which is common to all citizens living in the border areas of Donegal, Tyrone and Derry. It linked a number of groups from both sides of the border in workshops, performance, seminars and master classes with the emphasis on social inclusion, diversity, cultural understanding and conflict resolution.

A Bag of Queens
A theatre show for children by Little John Nee. Aimed at primary and special needs schools it was accompanied by a workshop programme.

Bassam
A play about one man’s journey from violence to non-violence which explored the broader moral themes of forgiveness and hope during the Israeli/Palestinian conflict.

Solas and the Travellers’ Project
A project which developed on from the work made and contacts formed from Little John Nee’s 2010/2011 residency as part of the “Understanding Our Shared History” project. John Nee and a team of facilitators worked with the Solas Mental Health Group based in An Sean Bhearic, Falcarragh and Donegal Travellers Group.

Sparkplug Troubles
A play by Little John Nee which we toured to geographically remote community centres as well as theatre venues.

Readers for Peace
A festival of rehearsed readings of 9 different plays; from contemporary Irish and Northern Irish playwrights, post colonial plays from South Africa and Algeria, works from the civil war days of Lebanon, from Israel, Spain, Italy, Ancient Greece.

SUPPORT US
PrevPreviousMolly Sweeney, 2012
NextA Bag of Queens, 2012Next