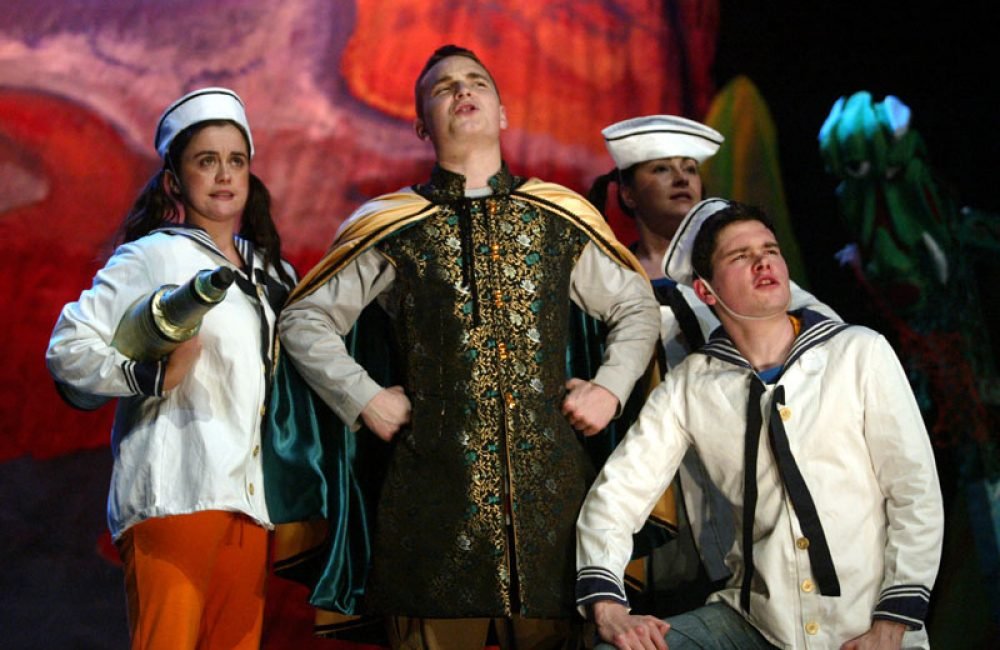 ”An Grianán have been on a roll these past few years, presenting a succession of impressive Christmas productions that offer far more than your standard panto fare; Simon Sharkey’s adaptation of The Little Mermaid, adeptly directed by Myles Breen, continues this with considerable panache.’ The Irish Times, 2003

Two sea-crossed lovers – one a beautiful mermaid, the other a handsome prince, when they met it was True Love! But, as you all know, the course of True Love never did run smooth and if our mermaid is to gain her prince she must leave the ocean and journey to his kingdom. And there’s only way to do that – she must strike a deal with the sea witch and exchange her gorgeous tail for a pair of human legs. But the witch has her own terrible plans for our little mermaid…

Will our heroine get her prince? Or will our hero die broken hearted? How will a tragic ending be averted?! Why, only with lots and lots of help from the audience of course! So roar on Thunder the mermaid’s trusty seahorse as he rushes to help, cheer on with all your might the prince as he battles to save his True Love, boo and hiss the evil witch and her pair of nasty sharks! But most of all WISH with all your heart for the happiest ending ever!

SUPPORT US
PrevPreviousThe Twits, 2002
NextPinocchio, 2004Next