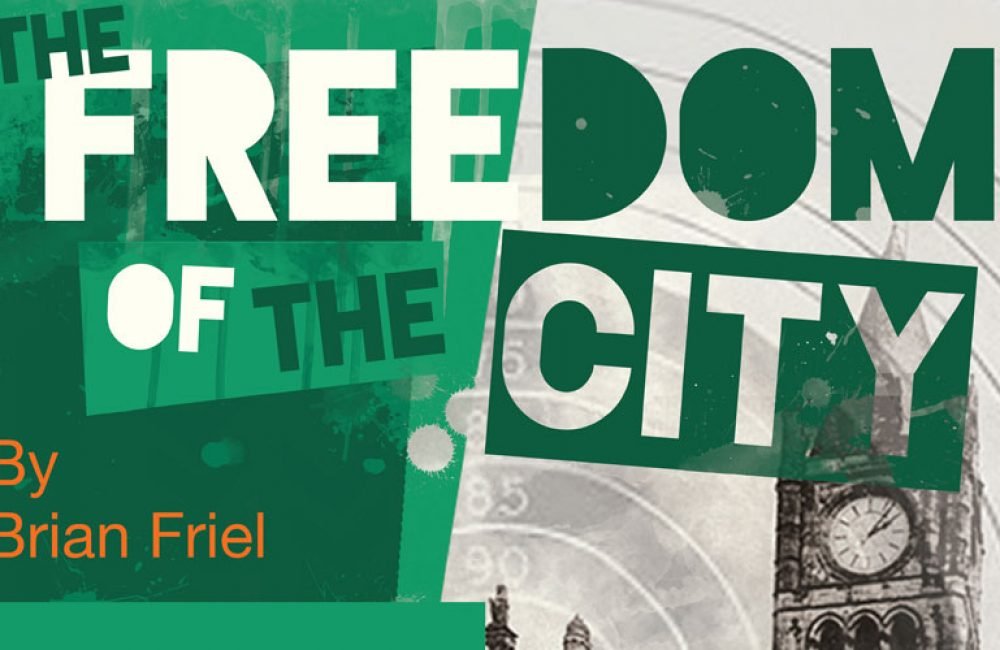 First produced in 1973, The Freedom of the City is Brian Friel’s most overtly political play. Set in Derry in 1970, in the aftermath of a Civil Rights meeting, it conjures the events of Bloody Sunday.

Three unarmed marchers, find themselves in the mayor’s parlour in the Guildhall. Michael is an unemployed idealist clinging to a heartbreakingly misguided belief that their innocence will prevail. Skinner is a self-described “freeman of the city,” rough in manners but eloquent in his conviction that everyone has a basic right to live with dignity. And Lily is a stubbornly optimistic housewife and mother of 11 children, living in two rooms with a useless husband and no running water.

Reports and rumours exaggerate their ‘occupation’ and they are shot by British soldiers as they leave. The play documents the victims’ final hours and a subsequent tribunal of the inquiry into their deaths.

As Frank Marcus wrote in The Sunday Telegraph “Friel fleshes the awful, numbing casualty statistics and gives them breath and life”.

An Grianán Theatre returned to the play in the context of the 40th anniversary of Bloody Sunday and the revelations from the Saville Enquiry.

This project was part-financed by the European Union’s European Regional Development Fund through the EU Programme for Peace and Reconciliation managed for the Special EU Programmes Body by Donegal County Council.