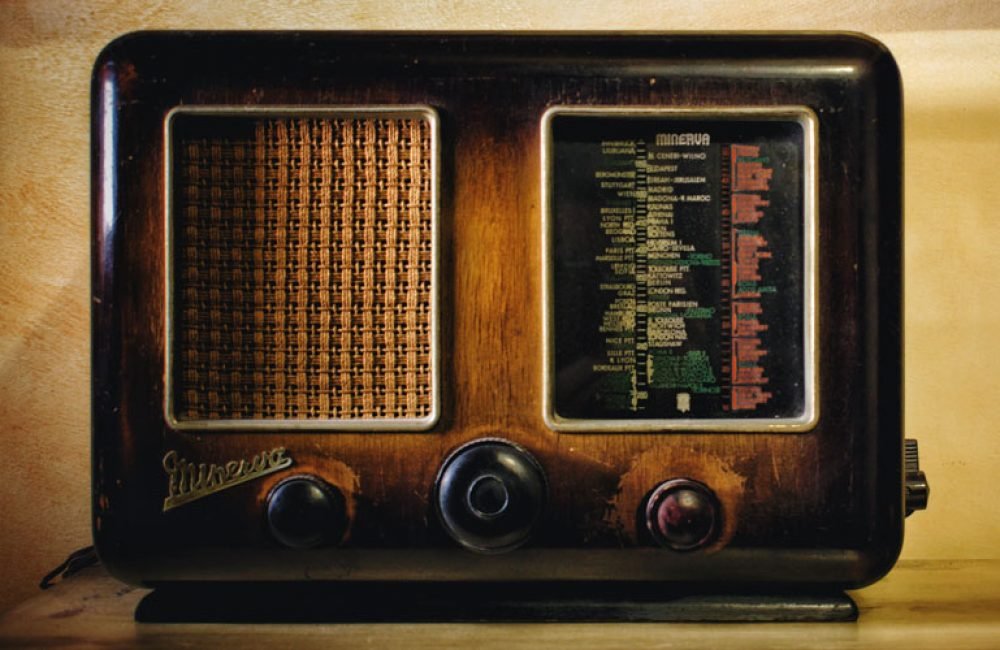 Tune in to Highland Radio next week for a first listen to our Little Acorns audio dramas. They’ll be broadcast on the Nine til Noon Show all next week (Mon 16 to Fri 20 August 2021) with Donal Kavanagh standing in for regular host Greg Hughes.

They’ll each be broadcast during the final hour of the show.

On Monday and Tuesday you can listen to parts 1 and 2 of Save Our Ice by SM Smyth, on Wednesday J.A.D.E. by Patrick Hull, on Thursday Jack by Sam Ó Fearraigh and Scent of Burma by Brian Walsh on Friday.

We’ll also be making them available to listen on demand on our website from Friday 20 August.

In this comedy drama an alien visits with a warning that if global warming is not averted the ice caps will melt and unleash long buried alien invaders with one mission in mind – eat the humans!

In a future where artificial intelligence uses algorithms to determine job placement a librarian is offered a very, very unexpected promotion.

About the author
Patrick Hull was born in London, grew up in Donegal, and is now based in Zagreb. His work has previously been featured on RTÉ Radio 1’s “Sunday Miscellany” and was shortlisted in Listowel Writers’ Week competitions. He is currently head coach of the Croatian Celts Gaelic football team and working on a play based on the life and death of Stjepan Radić.

A good Samaritan tries to help a young homeless man.

About the author
Sam Ó Fearraigh is a writer and theatre-maker from Gort a’Choirce in the Donegal Gaeltacht. He works in both English and Irish. His poetry and short fiction have appeared in Poblachd nam Bàrd, Green Carnations | Glas na Gile, Splonk, ROPES, and the forthcoming anthology Bláth na dTulach from Éabhlóid. In 2020, Sam was commissioned to create a short play in Irish for the Ceangal | Dolen conference of minority-language theatre-makers. That play, Balbháin, as well as other works for performance, is available to watch online. Sam is a member of Aerach.Aiteach.Gaelach, a collective of queer Irish-language artists.

It’s amazing what you can order for home delivery these days.

About the author
Brian Walsh lives in Letterkenny. His play, Is There Anybody There? has had productions in West Sussex, Belfast and Dublin while his play, The Wife, the Cat and all the Other Stuff is due to be performed later this year in both England and Ireland. He is delighted that An Grianán Theatre has decided to record this short piece. He does not presently own an elephant.

At the end of January 2021 we put a call out for writers to submit short plays, 5 to 10 minutes long, that we could film and share on our social media platforms. We had over 50 plays submitted and chose 6 in all to turn into short films. The plays were filmed in April and May 2021 and shared for free online during summer 2021. In addition to the six filmed dramas we also produced 4 audio dramas which will be broadcast on Highland Radio this August and made available to listen on demand at angrianan.com from Fri 20 August.

SUPPORT US
PrevPreviousLittle Acorns – short plays to watch for free on demand, 2021
NextThe Enemy Within, 2021Next